You’ve met Will Harrison and Tiffany Hunsecker, Anna’s foes in Asia. Now get to know four of Anna’s closest foreign allies. They come from far away, separated from Arendelle by land and sea. Yet they’re as close to Anna and Elsa as you are, and help protect Arendelle’s international interests. “Allies of Arendelle” features four OCs that assist Anna with her goals in our Emerald Dragon arc: Kam Chik-loei, Tileke, Fujiwara Takako, and Luna de Borbón.

With a nod of her head, Arendelle prospers. With a snap of her fingers, economies flourish. Making people wealthy is the power of Kam Chik-loei, the richest person in the British-ruled port of Hong Kong. Lady Kam serves as the comprador of the Princely House, Kristoff’s company of Bjorgman. She’s also the secret leader of the Crocus and Lotus, the Arendelle-allied but illegal triad society that’s locked in ongoing turf warfare with Harrison’s criminal allies, the Floodgate gang.

To call her Kristoff’s second-in-command is almost too simple. True, she’s a member of Bjorgman’s executive committee, and she sits on Kristoff’s board. But she’s so much more. She’s the procurement officer. The personnel recruiter. The guarantor. The underwriter. The chief interpreter. This isn’t even where her power is. Her authority comes from being the conduit through which all of Bjorgman’s money passes. There’s no transaction that she doesn’t oversee, no income or expenditure she doesn’t supervise. Depending on her snap judgement, a simple “Okay lah” or “No lah” can mean months of revenue or crippling financial losses. She’s the master of the Chinese world of trade, in which her boss would be lost without her.

END_OF_DOCUMENT_TOKEN_TO_BE_REPLACED 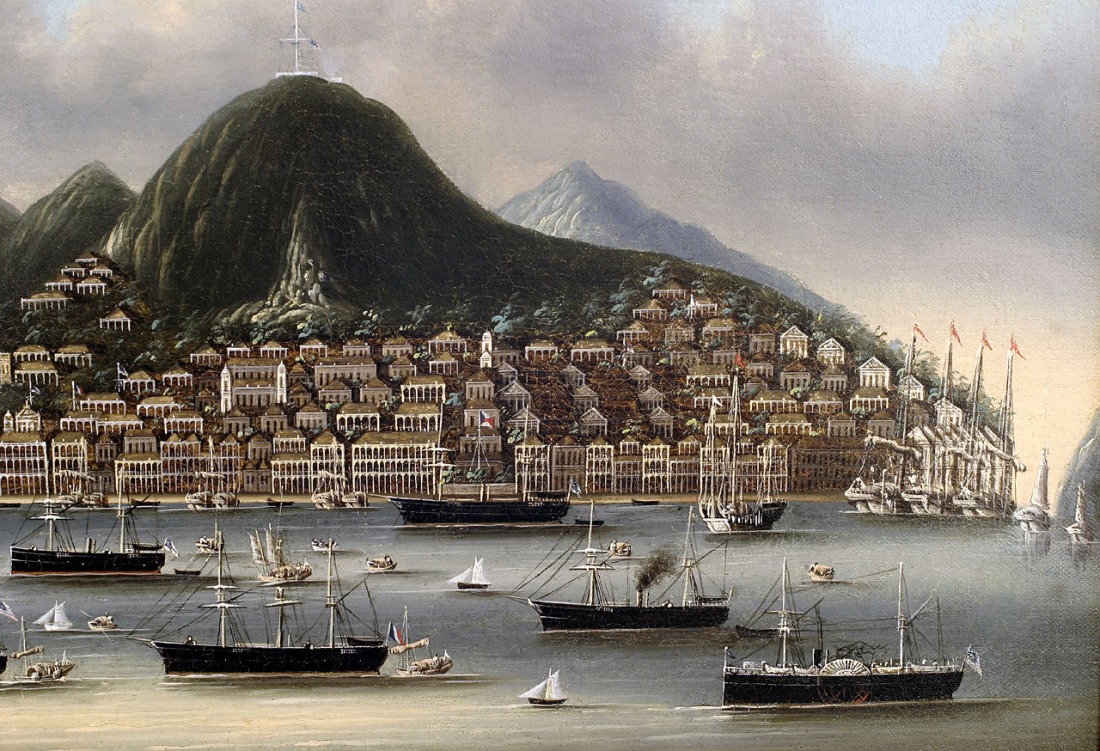 By Gudrun, World Affairs Reporter for The Arendelle Guardian

HONG KONG; ARENDELLE – In a mysterious disaster for Kristoff’s ice subsidiary, Bjorgman’s Asian branch in the colonial port of Hong Kong was burned to the ground in the middle of the night several days ago. The suspects remain unknown and at large.

The British authorities, with local Chinese community leaders, have decried foul play, but no one has stepped forward to claim responsibility.

The Celestial Empire is one of the largest markets for Kristoff’s business, where quality ice is popular among wealthy Chinese and non-Chinese merchants and British governing officials. Ice is also in demand by hospitals and other strongholds of science and medicine. So important is ice to the Hong Kong elite that the colonial authorities founded Ice House Street, a one-way street for companies in the ice trade to set up shop, including Kristoff’s.

END_OF_DOCUMENT_TOKEN_TO_BE_REPLACED

ARENDELLE; MOSCOW – From investing heavily in Arendelle’s allies to growing the political influence of its executives in foreign lands, Kristoff’s company of Bjorgman is playing a frontline role in Anna’s showdown with Katina Romanov.

With his supercargoes furiously criss-crossing the seas in state-of-the-art clippers, the royal consort and boss of the Princely House is determined to turn up the heat on tsarist business interests with his own services and products. Bjorgman is nicknamed the Princely House for its prominence in the business community, and as a nod to Kristoff’s fairytale romance with Anna.

Kristoff has come far since the orphan first began sledding and cutting ice on the outskirts of Arendelle. His Princely House has a plan: to pile pressure on Russia’s exporters, manufacturers, and financiers. In order to hobble Katina’s war effort, a massive endeavour that has demanded immense domestic expenditure, Bjorgman is snapping at the heels of Russia’s oldest and most prestigious business dynasty, the Stroganovs.

END_OF_DOCUMENT_TOKEN_TO_BE_REPLACED 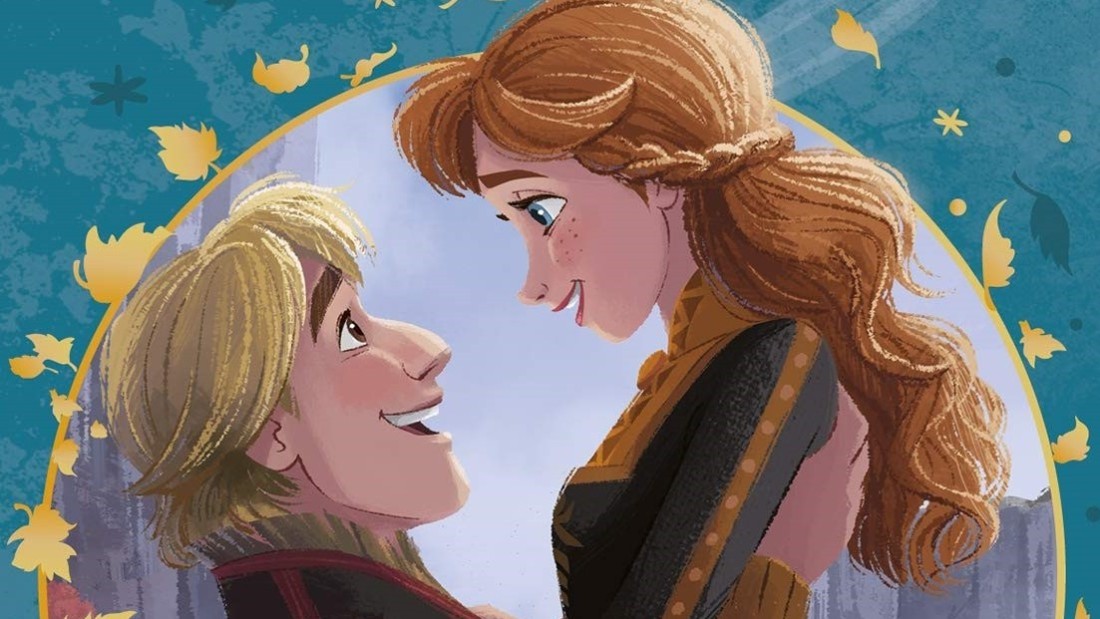 ARENDELLE; RIO DE JANEIRO – Kristoff’s company Bjorgman (nicknamed the Princely House) has made its move against the merchant prince Will Harrison, entering into a series of bruising tussles for industry dominance across the globe. From soap and tobacco in Rio De Janeiro to wool and cotton on the Indian subcontinent, Kristoff has drawn first blood by throwing a wrench into the China trader’s plans for expansion in the British colony of Hong Kong.

The new offensive comes as Bjorgman’s stake in Skau-Krogh allows it greater manoeuvrability and reach into markets once untouched by Kristoff, in particular real estate and transport.

Harrison had attempted a hostile takeover of Matheson Properties, one of Hong Kong’s Scots-owned companies. Matheson Properties was one of the largest developers in the new British port, but suffered a run on its bank in Edinburgh by Harrison and was bankrupted.

At the last moment before Harrison stamped his chop on the promissory note confirming his purchase of Matheson, the enraged tai-pan of Matheson, who’d been in contact with Kristoff, declared his company open to bidding.

END_OF_DOCUMENT_TOKEN_TO_BE_REPLACED

Unbeknownst to the queen of Arendelle, one of her most formidable geopolitical adversaries was in Arendelle, in person.

He didn’t let anyone know, of course, and he wouldn’t be around for too long if he could help it. He’d dressed modestly in a bland, grey suit, and gotten off his clipper ship by the time the dawn’s rays had just started to brush the waters. Will Harrison, heir to Virginia’s most powerful (and slaveholding) First Family, was an unremarkable, modestly handsome young man, with blonde hair, striking brown eyes and a friendly smile. He didn’t stop to look around even the Plaza, which wasn’t too far away from the docks. Instead, he made his way several blocks down the harbourside, beyond the office building of The Arendelle Guardian, stopping at a three-storey, stately-looking building.

This was the headquarters of Skau-Krogh, the main rival to Kristoff’s company of Bjorgman House.

END_OF_DOCUMENT_TOKEN_TO_BE_REPLACED

Hello to all citizens and readers, from Arendelle to Northuldra. You know me as Michael, the owner of A&N Frieghtines, the new Minister of Trade and Uncle to the Diarchy, Anna and Elsa.

Sometime ago, I spoke to The AG’s Chief about writing this column in the Guardian. It’ll be stories, anecdotes, thoughts over what I’ve seen, noticed and happened here and when I was abroad in the young and big country of America. I’ll try to make it thoughtful and funny, an all-round good time read for an evening after work or a lazy Sunday afternoon. It’ll be when I have time to write it and can put it in the Sunday edition.

Let me give you a sample.

END_OF_DOCUMENT_TOKEN_TO_BE_REPLACED

By Torsten, Senior Staff Writer for The AG

The palace has released its letters patent appointing Master Michael of A&N Freightlines as Trade Minister to the press.

By ancient tradition, letters patent are deployed by the Arendellian monarch to override the houses of the Great Assembly on any matters regarding ministerial appointments, ennoblements, or knighthoods.

END_OF_DOCUMENT_TOKEN_TO_BE_REPLACED

With the rapid consolidation of Queen Anna’s diplomatic relations and standing across the world, Bjorgman House has enjoyed another year of solid profit – eleven per cent, exactly – thanks to successful expansion.

One example is our branch office on Ice House Street, in the British colony of Hong Kong at the doorstep of the Great Qing. Fine ice is in great demand throughout the hot and humid port, and through Hong Kong, the Princely House has been able to export its fresh, glacier ice further into the Chinese mainland, Japan, Malaya, and the Spanish colony of The Philippines.

END_OF_DOCUMENT_TOKEN_TO_BE_REPLACED

By Michael, Uncle to Queens Anna and Elsa

A few weeks ago, before the current situation with Countess Viola, I was talking to my Niece, Queen Anna of Arendelle, and Lady Maren, about the possibility of starting a new freight route to Northuldra, especially after the recent agreements that were made with Queen Victoria of England. Queen Anna and Lady Maren (Honeymaren to the Northuldrans) were in favor of it too.

Lady Maren stated that it would be good for that to happen, since she has been spearheading improvements to the roads and paths leading to Northuldra and the villages and towns in Arendelle, to help this new commerce to move more efficiently. I would have to meet with the leader, Yelena, and get her permission. Snow Queen Elsa, my older niece and Anna’s big sister, heard about this and invited me to visit and have tea with her. It was a wonderful opportunity to not only meet Yelena, but to also visit my super niece, Elsa, at her new place in the Northuldran forest.

END_OF_DOCUMENT_TOKEN_TO_BE_REPLACED 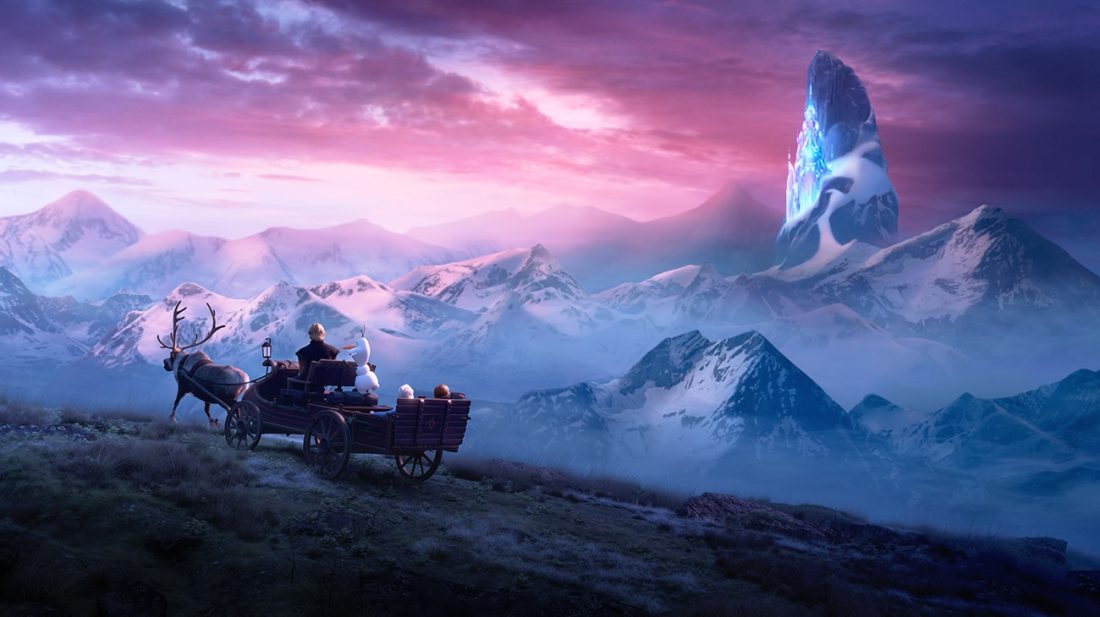 A recent encounter with a certain sadistic rival of Queen Anna’s has prompted me to move more visibly in Arendelle’s complex political world. With Anna’s blessing, I’d like to introduce myself to the kind patrons and readers of this great newspaper.

My name is Michael, and I own A&N Freightlines. A&N, of course, means “Arendelle & Northuldra.” A one wagon operation that has grown into several more, A&N operates along with the other wagons at Arendelle’s harbors, merchants, warehouses, and last mile haulers for Arendelle’s Railway operation from its stations.

I’ve also been like an Uncle to Queen Anna and Snow Queen Elsa for some time. I was friends with the late King Agnarr and Queen Iduna before… well, it goes like this.