Good morning, Your Majesty. As usual, here is your brief for the upcoming day. Just the usual matters, although General Mattias has important matters concerning Russia to discuss with you at lunch.

I also would advise that you perhaps squeeze in an extra hour or two of shut-eye. I’m worried about how taxing your daily schedule is, and I’m sure Elsa and Kristoff feel the same way.

See you at breakfast,

END_OF_DOCUMENT_TOKEN_TO_BE_REPLACED

ARENDELLE; MOSCOW – From investing heavily in Arendelle’s allies to growing the political influence of its executives in foreign lands, Kristoff’s company of Bjorgman is playing a frontline role in Anna’s showdown with Katina Romanov.

With his supercargoes furiously criss-crossing the seas in state-of-the-art clippers, the royal consort and boss of the Princely House is determined to turn up the heat on tsarist business interests with his own services and products. Bjorgman is nicknamed the Princely House for its prominence in the business community, and as a nod to Kristoff’s fairytale romance with Anna.

Kristoff has come far since the orphan first began sledding and cutting ice on the outskirts of Arendelle. His Princely House has a plan: to pile pressure on Russia’s exporters, manufacturers, and financiers. In order to hobble Katina’s war effort, a massive endeavour that has demanded immense domestic expenditure, Bjorgman is snapping at the heels of Russia’s oldest and most prestigious business dynasty, the Stroganovs.

END_OF_DOCUMENT_TOKEN_TO_BE_REPLACED

From the day they were born until now, the Royal Sisters, Queen Anna and Snow Queen Elsa, have had an inseparable bond of love between them. Not even the thirteen years of separation from Elsa’s accidental freezing of Anna, another accidental icy blast that almost sent Anna into eternity until love thawed her and broke the icy dam of fear in Elsa’s heart, nor Elsa’s near frozen death, only to come back after Anna destroyed King Runeard’s dam in Northuldra that broke the thirty four years-long curse on that land, could keep these two apart. Distance? Nope. Elsa still comes home on weekends or Anna, Kristoff, Olaf, and Sven go to Northuldra for a weekend or more in the forest.

Even when they were separated, somehow big sister Elsa looked after Anna, even in secret.

END_OF_DOCUMENT_TOKEN_TO_BE_REPLACED

Arendelle was in danger.

Once Elsa had answered the call of the voice, the wrath of all the spirits of the enchanted forest was unleashed on Arendelle. Wind howled through the streets, fire and water vanished without a trace, and the very ground people walked on pushed back in defiance. The entire city was safely evacuated, though that did not answer the more pressing question. What did the spirits want? Even Grand Pabbie could not provide any answers. All he knew was that Elsa and Anna would have to travel to the Enchanted Forest to find them.

The two agreed and, accompanied by Kristoff and Olaf, slowly made their way to the mystical Enchanted Forest.

END_OF_DOCUMENT_TOKEN_TO_BE_REPLACED 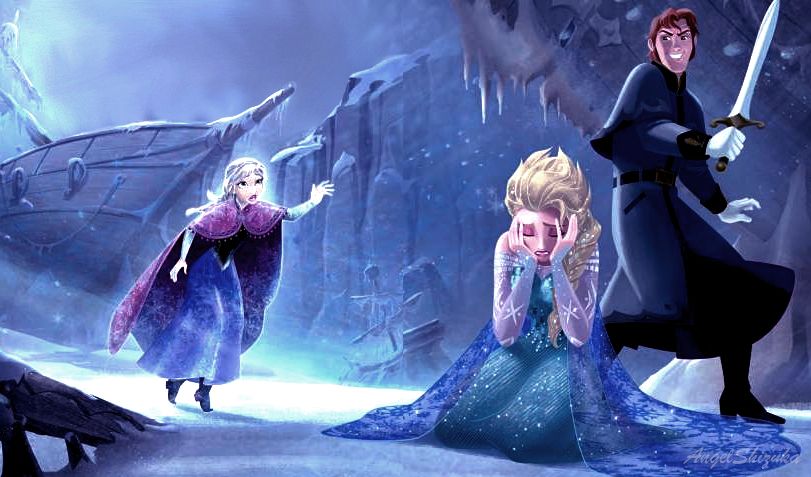 Elsa groaned as she groggily opened her eyes. Her vision slowly unclouded to reveal she was in a prison cell. She sat up and noticed a pale white light coming from the cell window. She quickly dashed to see the outside but something pulled her back. She looked down in disbelief at the manacles that covered her hands and chained her to the wall. Who created these? Could her father have? It did not matter now. Elsa gazed upon her kingdom in stunned silence.

“Oh no. What, what have I done?” she whispered.