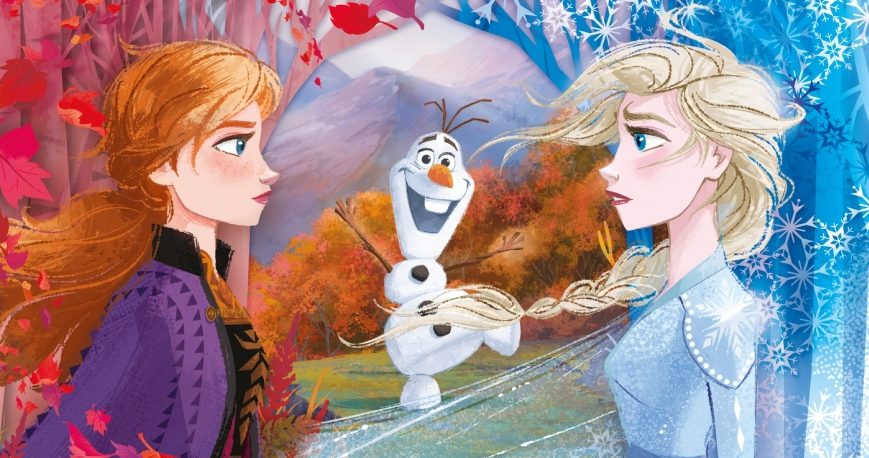 Little was known among neighbours about the mysterious traveller called Seeker, who had some time ago purchased a pleasant house on the hillside some distance from the port of Arendelle. One can’t blame them for erupting into excited gossip when a messenger from the palace knocked on his door, announcing his induction into Queen Anna’s Order of the Wheat Stalk – the highest honour given to a citizen of Arendelle and Anna’s personal chivalric order.

When pressed by the curious neighbours for an explanation, the messenger said that Seeker had landed a position of great trust, even vulnerability, from the perspective of the monarchy: to write an authorised biography about Anna’s sister and regal predecessor, Elsa.

“The truth is the truth. Our parents violated Anna’s and my dignity. Sooner or later, we’ll have to face that alongside our very real longing for the same people. Yet there is great power in forgiveness, and I believe that if Anna and I can truly let go and forgive everything that happened, we’ll truly have conquered the palace’s darkness.” – Elsa

END_OF_DOCUMENT_TOKEN_TO_BE_REPLACED 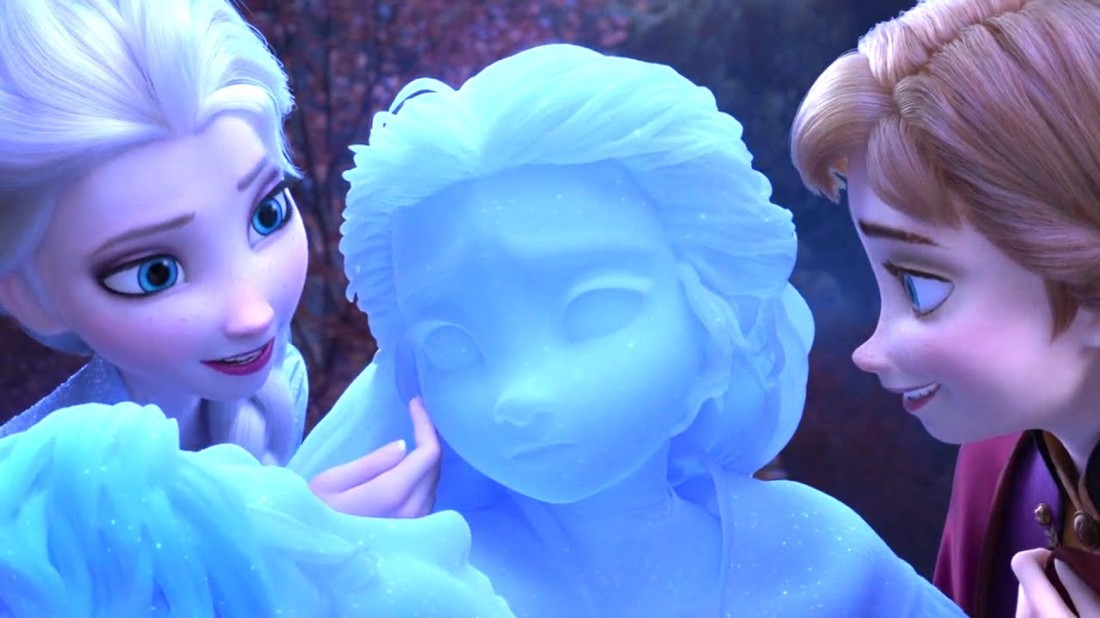 The Arendelle Guardian offices. Near the docksides and Plaza

“It’s around here somewhere,” I growled.

I was on my knees, rummaging through slightly mouldy boxes of old files. Some of them contained past editions of my newspaper and Sunday magazine. Others had snippets of interviews, information and communication from my sources, and documents from the paper’s early days. That was shortly after I’d sailed into Arendelle for the first time twenty years ago, using all my savings to buy the top floor of this warehouse, transforming it into a respectable headquarters for my reporters and editors.

Then I remembered. It was probably in the safe.

I stood up and scrambled over upturned boxes and file binders to the hanging painting on my wall, beside my bookshelves and to the side of my windows overlooking Arendelle’s harbour. The painting was of the Northuldran steppe, drawn by Elsa and given to me after she discovered her true self as the Fifth Spirit. Her already considerable painting talent had improved even further. I grabbed the edges of the painting and lifted it, carefully placing it on the floor. Affixed inside the wall was a shelf with a miniature wooden door on hinges. I reached into my coat pocket and inserted a rusty key into the lock, twisting and opening it. The compartment housed a nondescript iron safe within, of spartan design and many years old.

I took a deep breath, staring at the repository that concealed everything from my past, like certificates for secret holdings, several passports, and legal documents from other kingdoms. I had chosen to leave behind many of these reminders of my old life when I became a citizen here. In any case, the safe had much more sensitive items, of which knowledge about could shake the very foundations of Arendelle: genealogies from the Viking Age, documentation of secret relationships and bastard children of Arendelle’s nobility, and even a “kill list” of the royal family’s most hated adversaries, compiled by Runeard and Agnarr themselves.

If information is power, then I had managed to make The Arendelle Guardian a formidable power broker in this kingdom over twenty-something years.

There was one particular piece of paper I was looking for. I had one more key, which was for the safe. I inserted it into the keyhole and turned –

END_OF_DOCUMENT_TOKEN_TO_BE_REPLACED

I leaned back on my solid armchair of comfortable leather, elbows on armrests and hands clasped. “You secretly enjoy hanging around here, don’t you? Imagine that – the Snow Queen herself, lurking about our newsroom, peeking over my reporters’ shoulders to see what they’re working on, sneaking a coffee from the pantry… and, occasionally, honouring us with writing an article, should she be in the mood for it.”

The Northuldran spirit and I smiled at each other.

“You have a regular column for Anna. You’ve never asked me to do one for you. Why?” asked Elsa, leaning on the edge of the window. The late morning sun’s rays streamed through, drenching her pale face in light.

“I’m not sure,” I admitted, tilting my head as I gazed into her endlessly deep eyes. “I’ll do anything to get good stories and exclusives. And everyone hangs on to your words. But there’s something almost sacred about asking you to write something for me… to the extent that I don’t want to cheapen you. The best kind of power is the one that’s used least.”

Elsa laughed. “That’s nice of you.”

“Besides, I feel uncomfortable ordering you around, but your writing is of a standard that…”

She grinned as she anticipated my words. “It’s no good, I know. Thank you for humouring me. I was curious why Anna never misses a deadline for her column in your paper even though she’s so busy. I thought I’d give it a try.”

My office was lined with bookshelves, with a large work desk made of oak by the window, a space that Elsa was occupying. There wasn’t room for much else apart from my armchair in front of my table. I was like a guest in my own fief whenever Elsa visited, I thought to myself in amusement. Outside I could hear the mutters and hurried footsteps of my staff, reporters and editors running about and rushing in and out of our dockside building.

END_OF_DOCUMENT_TOKEN_TO_BE_REPLACED

I’ve travelled the world and was a global citizen long before I settled in the peaceful, small kingdom of Arendelle. As a journalist and eventual owner-editor of this paper, I never cared much for the monarchy; I believe in working hard for one’s status and power. 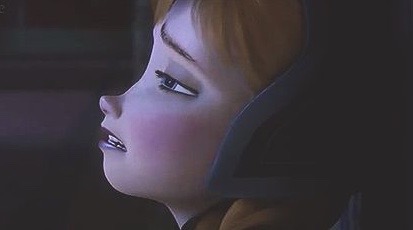 I therefore paid little interest in the royal family until the young daughters, Elsa and Anna, suddenly vanished. They always used to appear in public events with King Agnarr and Queen Iduna. I hired a royal reporter to find out why the palace had gone silent, but neither my journalists nor I ever saw the princesses for 14 years.

Then we learned the true horror: that two girls, now grown women, had been imprisoned by their own father.

It was a courtier who leaked the palace’s rotten secret to my paper. I remember nearly destroying the office in a rage at having been misled for over ten years at the princesses’ fates. I was even more infuriated when the palace placed an indefinite embargo on this scandal, forbidding the kingdom’s papers from publishing the news on pain of exile or imprisonment. I, along with my fellow editors at The Snow Herald and Fjord Times, acquiesced, but my decision to keep my newsroom running would haunt my conscience for years. Iduna and Agnarr were already dead, but the criminal damage to Elsa and Anna was done. Their trauma would be Arendelle’s royal shame. 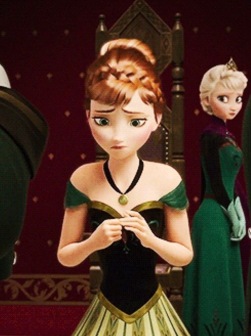 Perhaps it was my guilt that intensified my protective feelings towards the sisters. I’d never seen a lonelier queen than Elsa on coronation day. Poor Anna, desperately hoping to reconnect for some warmth, anything, as Elsa pushed her away in panic. That was the only way she knew how to protect her little sister. As I watched them, I wondered how these lost souls could survive the forces waiting to control the throne. I approached Elsa and offered our paper’s loyalty the night she fled north. Not exactly good timing.

Later on, I realized that it was Anna who truly understood the need to win hearts and influence minds. Years after Elsa’s coronation, at the younger of the Diarchy’s own coronation, Anna asked if we’d guide her through her coming political struggles. I swore I would, for by that time our politics were aligned: we both wanted to sweep away the evil legacies of her father and grandfather, Runeard.