// Hi! I wanted to do something new and add this to the blogroll today, taking the chance while there’s a lull in the Russo-Arendellian War event to discuss with you some “behind-the-scenes” talk. Specifically, about the plethora of OCs in this project.

I’d love to get your thoughts about OCs as well. What are we getting right, and what can we do better? Feel free to make any comments below or join the discussion on The AG’s Twitter account, @arendelleguard1.

I remember coming across an anonymous comment by someone who’d visited The Arendelle Guardian. They’d posted on a forum our movie poster-themed promotion of Anna’s story with the Exalted (below). The caption was something along the lines of, “This makes more sense when you read the thing.”

Their comment was pretty funny, but it also raised an important point: how can you make your OCs merge seamlessly into the world you’re writing about?

END_OF_DOCUMENT_TOKEN_TO_BE_REPLACED 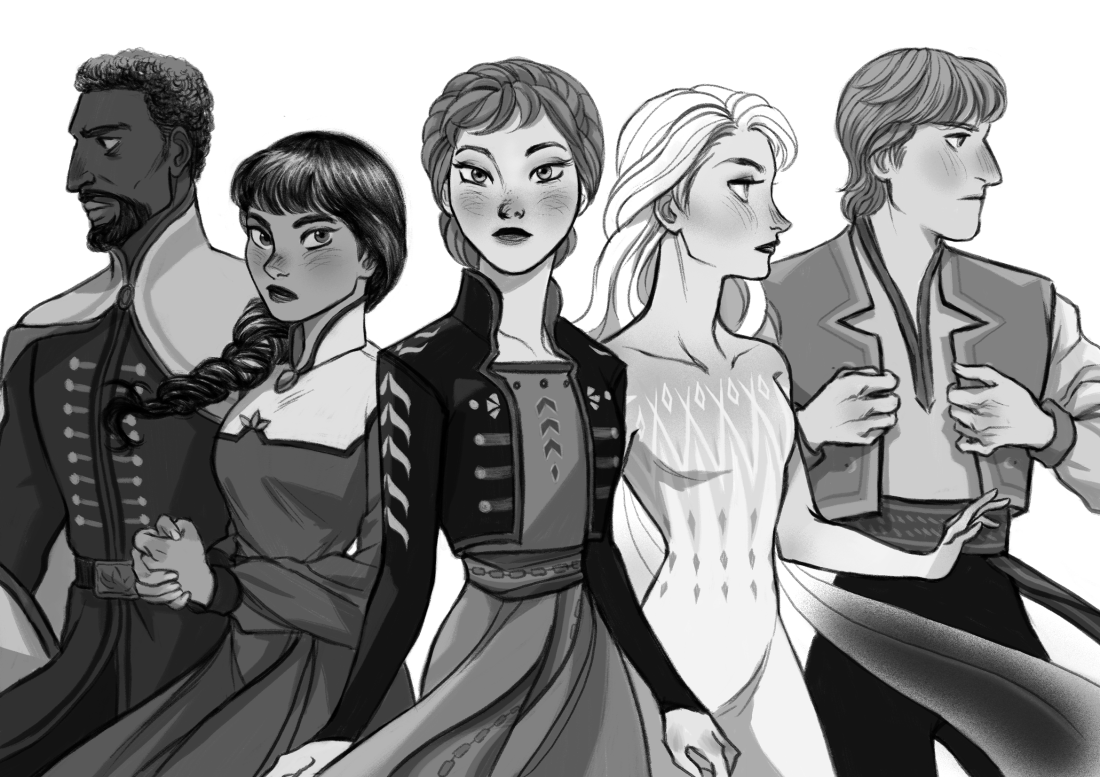 END_OF_DOCUMENT_TOKEN_TO_BE_REPLACED

It was just after Elsa left Arendelle for Northuldran life as the Fifth Spirit. Queen Anna had taken over and getting sworn in as the new queen of Arendelle. That day she was hosting a royal reception for an ambassador whose name and place escapes my memory, paid an unexpected, urgent visit to come and get Anna.

END_OF_DOCUMENT_TOKEN_TO_BE_REPLACED 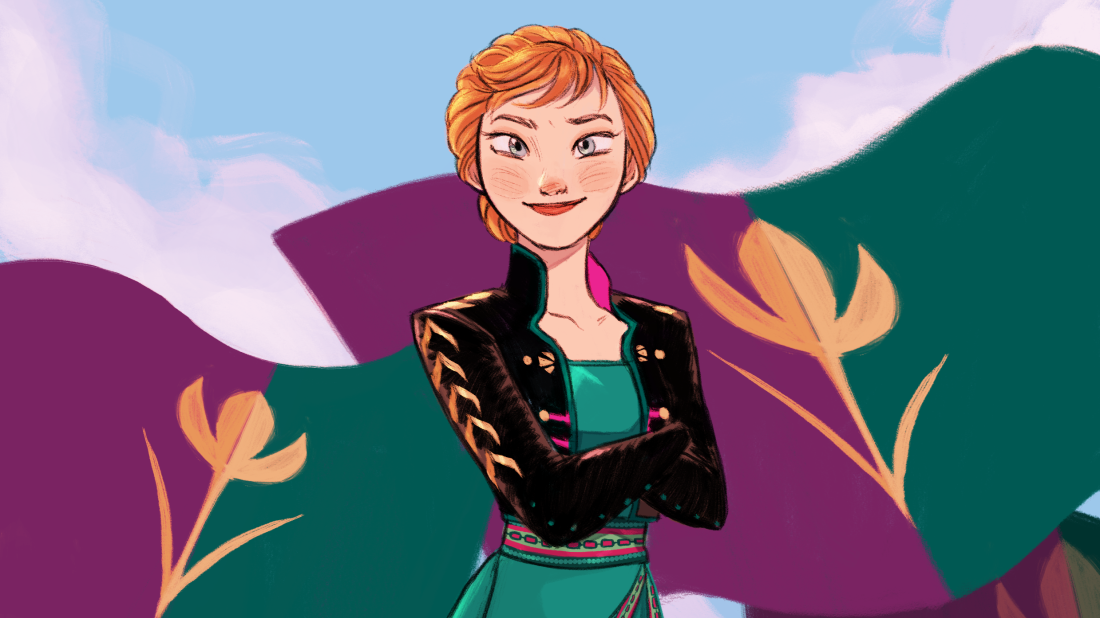 For months, our newsroom has been trying to develop a logo, a coat of arms that represents the queen of Arendelle and our website’s project of reporting on her reign. Our most cherished house artist, Arute, almost by chance came up with a design that I fell in love with right away. I wanted to share with you this special logo, drawn specially for this website.

Without further ado, here is our newspaper’s logo and coat of arms, representing our devotion to Their Majesties and the influence our own journalists wield on their behalf in the kingdom:

END_OF_DOCUMENT_TOKEN_TO_BE_REPLACED ARENDELLE: Kingdom Hall, a one-stop cultural, musical, and artistic centre established by Anna in the early months of her reign, is now permanently hosting an art gallery by The Arendelle Guardian’s most prolific artist, Arute (@ast05water)!

Click on the link to visit the gallery right now. Arute’s art is arranged in a beautiful, scrollable mosaic that you can click to view each artwork individually.

The gallery showcases the promotional, in-story, and profile art that Arute has contributed to this fanfiction project since its inception in early 2020. From paintings of canon characters to the OCs created for this newspaper and its story, the virtual gallery is a celebration of the “court painter” of the royal family and The Arendelle Guardian’s editor.

While our website has commissioned many wonderful artists (in particular: @alhuart, @puryartist, and @smolmushroomm), Arute has been with us since the beginning and has drawn the largest range of scenes, profiles, character studies, and atmospheric pieces. We love her fusion of fantastical anime aesthetics with naturalistic light and watercolour themes, which make her art particularly vibrant and delightful to view.

IRL, Arute has drawn diverse original art as well as fanart for various franchises, with the most prominent being Frozen. 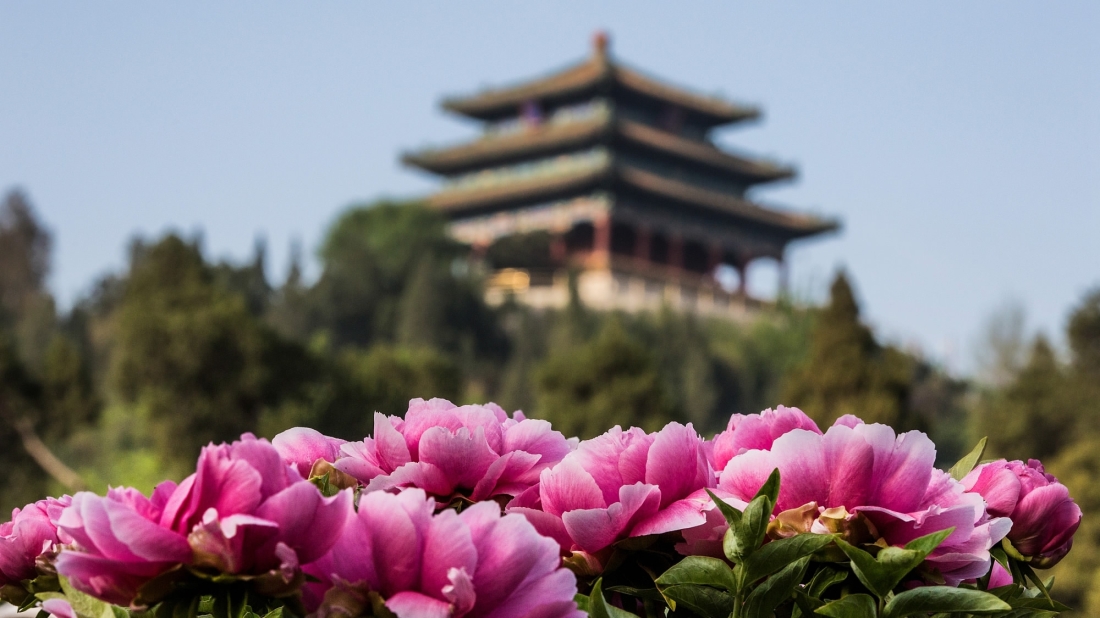 Peony Sinclair dreamed of the Forbidden City again, and of its exquisite, magnificent Imperial Garden.

Managing world affairs and puppeteering the British Empire’s administrators was taxing work. She’d fallen asleep, her signature equestrian outfit discarded for her nightdress. She was lying across her couch in one of the twenty rooms of her Ottoman mansion in Constantinople, which had a magnificent view of the Bosphorus. It was yet another gift to her from Yixin, one of many stately homes purchased for her operations around the world.

In her dream she saw her five year old self, a little girl with fair hair and silver eyes. It was 1821, a few years after Elsa’s birth. Peony was standing around awkwardly, in her newly washed and dried, frilly English blouse. Her name back then was still Carol. She’d been cooed at and passed around in adoring wonder by the Chinese emperor’s harem women, none of whom had seen fair hair before. Then she was told to wait for someone very important in the Imperial Garden. Not knowing what else to do, she obeyed, wondering who her mysterious host was to be.

END_OF_DOCUMENT_TOKEN_TO_BE_REPLACED

This was a day that never should have happened. The humiliation, the defeat, the agony, all of it. From outside the doors, Alan and Michael stood. They watched Harrison walk to the doors and through, Alan shooting an ugly look at Harrison, who didn’t seem to acknowledge it. But Michael did. Once the doors shut, he said, “I saw the look you gave him Alan.”

Alan nodded. “**** him. I hate that son of a bitch and what he did. Anna shouldn’t be giving up any trade rights to his sorry ass. He never deserved them to begin with. What he deserves is a beating.”

Michael nodded, agreeing with his sentiment, his anger. The events of the last several days, last couple weeks at that, were a hard pill to swallow. The Exalted members Katina Romanov, of Russia, and Will Harrison, of the American state known as Virginia, challenged Arendelle. As much larger nations, they looked to impose themselves on the smaller nation. Katina made the first true move, kidnapping Arendelle’s young adopted Princess Danielle, or Danny, as she prefers to be called. If this was meant to be revenge for Elsa’s defeat of Russia in the Baltic, or to be a distraction for what was going to come next, Katina made both happen. Luckily, with the assistance of Countess and Prime Minister Viola, and her general and longtime friend Hilde, among others, Elsa and Anna were able to recover Danny and bring her home. But as they would all come to find out, another, much larger challenge was coming.

END_OF_DOCUMENT_TOKEN_TO_BE_REPLACED

By The Arendelle Guardian’s editorial board

The entire kingdom owes its gratitude to Honeymaren and many others after the other night’s assault on Arendelle Castle by the Grey Ghost, Amira the hunter. The fact that no one was severely hurt (or worse) is encouragement enough for the government to look further ahead, to not just stop Amira but also investigate her motivations.

After Amira retreated from the palace, the queen and Maren set about engaging with the clue left behind by the hunter. When interrogated, the hunter alluded to the Northuldra Children Protection Act, which even Anna was caught off-guard by. No one present was aware of this initiative, which Amira accuses King Runeard of starting. Despite it never having been sent to the parliament during Runeard’s reign, the initiative apparently gained currency among influential circles in Arendelle.

END_OF_DOCUMENT_TOKEN_TO_BE_REPLACED

By Erickson, reporter for The AG

Her Majesty has submitted a demand to the Great Assembly, Arendelle’s parliament, for an urgent inquiry into possible military assets held by Countess Viola Mundilfari, leader of the Mundilfari clan and owner of the Snow Herald newspaper.

In an interview with The Sunday Guardian, The Arendelle Guardian’s weekend edition, Anna expressed her horror at how a private citizen, no matter their social status or hereditary noble title, possessed enough resources to construct Muspelheim, a highly advanced, modern battleship whose firepower surpassed the entire Arendellian navy’s.