Her Majesty, Queen Anna of Arendelle,

It was with great trepidation and awestruck humility that I accepted the task of advising you regarding your peculiar spiritual problem. I must confess that I originally thought that our mutual contact was playing the cruellest of jests. Never before have I received such a request from a heathen – even one so cultured and philanthropic – and certainly not on behalf of a monarch! The Lord truly works in mysterious ways.

It is clear from your own letter that you are a woman of deep charity and great virtue, and the truest of friends to her who had once been your enemy. The capacity for such forgiveness is more enviable than all the riches in the world. To have endured such persecution, betrayal and even danger at the hands of this woman, only to elevate her to high office and come to me so passionately on her behalf demonstrates a wholeness of spirit rarely seen in this time. Yet this only deepens my unhappiness regarding what I must say next.

END_OF_DOCUMENT_TOKEN_TO_BE_REPLACED 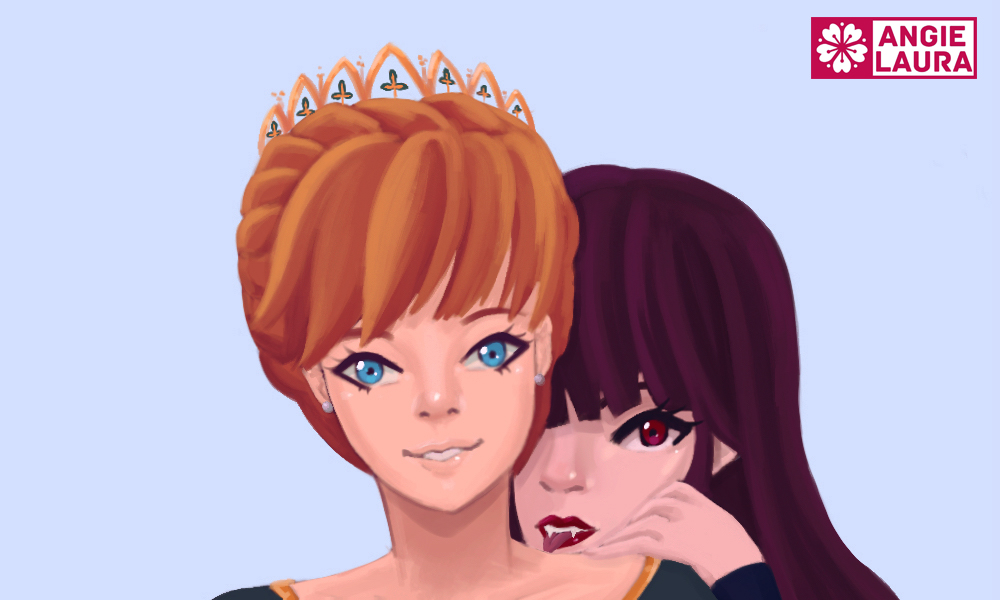 To Her Majesty Queen Anna of Arendelle,

We have watched with horror as your own subject, Countess Viola Mundilfari, amassed her own private army and directed her general, Commander Hilde, to raze the Southern Isles in apparent revenge for a clandestine circle of aristocrats that were trying to seize the Arendellian Crown. The seizure of your throne would have resulted in a well-connected power base for these nobles, who would then have surely turned rogue against the very monarchs they owed loyalty to.

Among this self-proclaimed Conclave was Prince Hans, whom you and Viola are most well-acquainted with. While he deserves all your contempt, Hilde Von Altheim’s razing of his country has sent ripples of fear through countries that once would have looked to Arendelle as a friend or ally. This is surely detrimental to your stated goal of building a grand alliance and resisting predations by imperial powers.

END_OF_DOCUMENT_TOKEN_TO_BE_REPLACED

Lunchtime had barely begun in the courtyard of Arendelle Girls’ School when the usual clique of noblewomen’s daughters began gathering around Viola, trapping her in a circle of contemptuous sneers. Shaking in her small shoes, the nine-year-old adjusted her frilled necktie nervously as the sniggering girls around her whipped out their tomatoes from their backpacks – rich, ripe, and ready to throw at her. To mush against her face and dark blue school uniform. To remind the trembling outcast of her crimson irises, an appearance she never chose.

“Vampire, bloodsucker, freak,” the girls variously called her, pushing the countess-to-be around as she hung her head and tucked her arms in, clutching her books tightly to her chest. She stumbled and fell to the ground as she felt the tomatoes hit and splatter against her, and she shut her eyes, waiting for it to be over. She was used to this.

END_OF_DOCUMENT_TOKEN_TO_BE_REPLACED

Keep Mundilfari was under attack.

It was the dead of night. The majestic portcullis had been compromised. The bodies of two watchmen lay motionless on the ground as a dozen shadowy figures dashed over ancient stone and sprinted across the large courtyard of the castle, methodically and silently killing their target wardens and sentries. With surgical precision and timing, each assassin, swathed in ebony armour and hoods, approached any guards in sight, plunging a dagger into them or choking them into submission.

Their mission: to kill the master of the castle as she slept.

END_OF_DOCUMENT_TOKEN_TO_BE_REPLACED

In the highest spire of the Mundilfari estate, some distance away from the Kingdom of Arendelle, the young Viola bled, the first wound she had suffered after tonight’s bloodbath, and it was self-inflicted. She clenched the blade, and several red droplets dashed onto the stone altar that had been in the Mundilfari clan’s possession for almost a thousand years. She wasn’t injured apart from a few scrapes and bruises, but her muscles burned with exhaustion, and her limbs were aching. Caked in the gore of her parents and siblings, tears of grief and terror and fury still pouring down her cheeks, she screamed an ancient summons, an invocation that was her right to make when – and only – when – she had slain all the family members trying to kill her that night.

“My grandfather, Lord Mayer, is dead, and I’m worthy to succeed him! By right of familicide, I claim ascension to the leadership of our noble, accursed clan,” cried the new Countess, falling to her knees. Her deep purple cape draped around her trembling body. “Hear my cry and compensate my suffering with the untold power promised to each generation of Mundilfari leaders!”

END_OF_DOCUMENT_TOKEN_TO_BE_REPLACED

Join Viola Mundilfari at her most ruthless, alluring, and seductive in this upcoming interactive spinoff story!

Vampire Vi’s unexpected popularity as The Arendelle Guardian’s “Big Bad” has The AG’s newsroom scrambling to do her justice on our blog and Twitter accounts!