Her Majesty’s column is published in both the morning and evening editions of The AG.

You might have heard the news the other day: our Northuldran embassy has finally finished construction! Honeymaren’s moving out of Arendelle castle after several very happy months with me. A while ago, she came to stay with me on Elsa’s recommendation, after I visited Northuldra one starry night to discuss with my sister the future of our two realms. Who better than Honeymaren, Elsa suggested at the time, to help me steer the gradual integration between our mother’s homeland and our father’s kingdom?

The new embassy is a short walk from Oaken’s shop and has a comfortable apartment above its offices, complete with a fireplace and a nice open space for a small dining table and bed. I’ve asked some Northuldran friends to send over some textiles and decorations so that the loft will feel a bit more like home for Maren.

And I’m proud to announce to you that I’ve formally appointed Maren as Head Liaison of Northuldra-Arendelle Relations. She was sworn in by my ministers in the early hours of yesterday morning.

I’m not Northuldra’s leader, so I can’t make her the region’s ambassador. However, now that she’s a civil servant under the employment of the Arendellian government, she’s authorized to speak on my behalf about Northuldran affairs. This is the best way to give Northuldra a voice at the table of nations without forcing a foreign system of government upon its tribes. Now that would be a colonial nightmare that I refuse to be part of.

In a weird twist, being on a “roll” of political wins (Honeymaren’s appointment and the timely completion of Northuldra’s embassy on Arendellian soil) has allowed the ministers who support me to slow down the “anti-Northuldran influence bill” in the Great Assembly. I think I’ve amassed enough political capital to tell the stagnant bill’s supporters to let it fizzle and die a quick death. This was a stupid, shallow, and spiteful excuse to scrutinise Elsa’s presence in my own home. Now look what we have: our own Northuldran emissary in Arendelle. I suggest they desist while there is still room to compromise with me, because I hate having enemies. The more they try to push Elsa out, the more I’m going to push Maren in their faces and I’m not sure they want that. 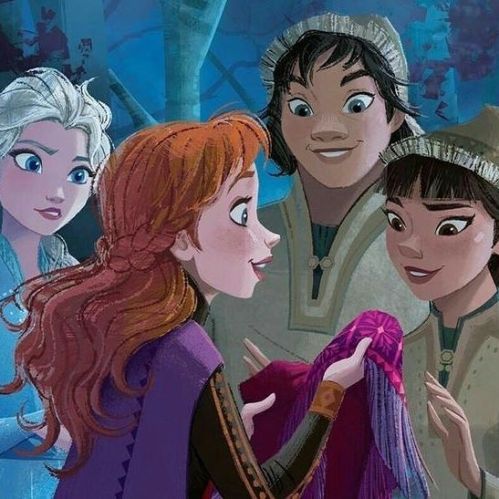 Maren’s always welcome to stop by the palace again for a sleepover. She’s been the best housemate – so much so that I daresay it no longer feels weird not having Elsa to talk to every night. Maren’s knowledgeable and perceptive, but also kind and tender. We’ve shared the best charades (I have to admit, she’s a much sharper player than Elsa. Kristoff and Olaf have even started losing to Maren and me). We’ve had some engrossing fireside chats about Elsa and Kristoff, but I’m not telling you what we discussed. We even had some training sessions with her wooden staff, which I’ve found to be a pretty dangerous weapon in the right hands. I think I have years to go before I can hope to catch up with how she handles her stick.

She helped me broker the grand alliance with kingdoms like Corona and Dun Broch. And, real talk here: for someone who’s been isolated in a way even I can’t imagine, despite my own childhood experience, to be able to handle senior diplomats and politicians so well… I have a keeper here, really.

I’m so glad Elsa recommended Maren to stay with me, and so grateful Yelena gave her blessing. I’m so sorry, Ryder – I don’t want to let her go. She’s not only a great friend (I now see why she and Elsa hit it off so smoothly), but she really has so much to offer Arendelle and the world. She deserves to be in a position of leadership. Big leadership.

But now she’s going to have to take on the real work of navigating a pristine, unspoiled land like Northuldra through the modern family of countries. It never developed systems of government like Arendelle or other nations. That’s why I think Arendelle is a crucial partner. Maren will always have me, and the three of us together – Elsa, Maren, and I – will realize our strategic objective of making Northuldra and Arendelle one single state… a union of spirits and humanity.

It won’t come tomorrow. It might not even come when we’re old and wrinkly. Future generations of diplomats and monarchs might have to carry on our work. But we will get there, someday in the distant future.

I hear the chief, my editor, has invited Maren to start a guest column in the paper, too. Just like Elsa. I just hope she doesn’t steal my thunder!

Signing off, your friend and servant.

View all posts by MMythos